The GBCSA Green Star rating system was launched in 2008 and the first certification of Phase Two of Nedbank’s Head Office in Sandton, Johannesburg, was awarded in 2009.

GBCSA celebrates its 15th anniversary. Its pioneering transformation of the South African property sector has yielded significant results that have driven measurable impact not only in terms of certifications but also in training, accreditation, job creation and climate change mitigation.

Current CEO of GBCSA, Lisa Reynolds, says that in its time the organisation has reached 905 certifications in Africa. The impact of 905 certifications can be illustrated through the energy and water savings as well as the carbon reductions achieved from the measures required to achieve certification. A total of 91 500 households worth of annual energy and 1220-million litres of potable water will be saved, equating to 1 672 800 people’s daily drinking water needs every year.

“In the last year alone 165 buildings were certified which reflects the exponential growth in the adoption of more sustainable building practices – the first 50 certifications took over five years, but as the environmental and financial benefits of green building became more apparent, we saw a greater buy-in across the board and the industry has shifted. Our role in education and training is an important part of achieving this shift and supports a just transition to low-carbon green building, ensuring the future and livelihoods of workers by creating new jobs within a green economy.”

Through the development of a host of certification tools and the development of professionals in the field of green building, the adoption of environmentally responsible practice in the property sector has become mainstream, and the vision of being a driving force in the mitigation of climate change has become a reality. To date, 2 265 professionals have been accredited through GBCSA’s training and accreditation initiatives with 325 students going through the candidate programme. 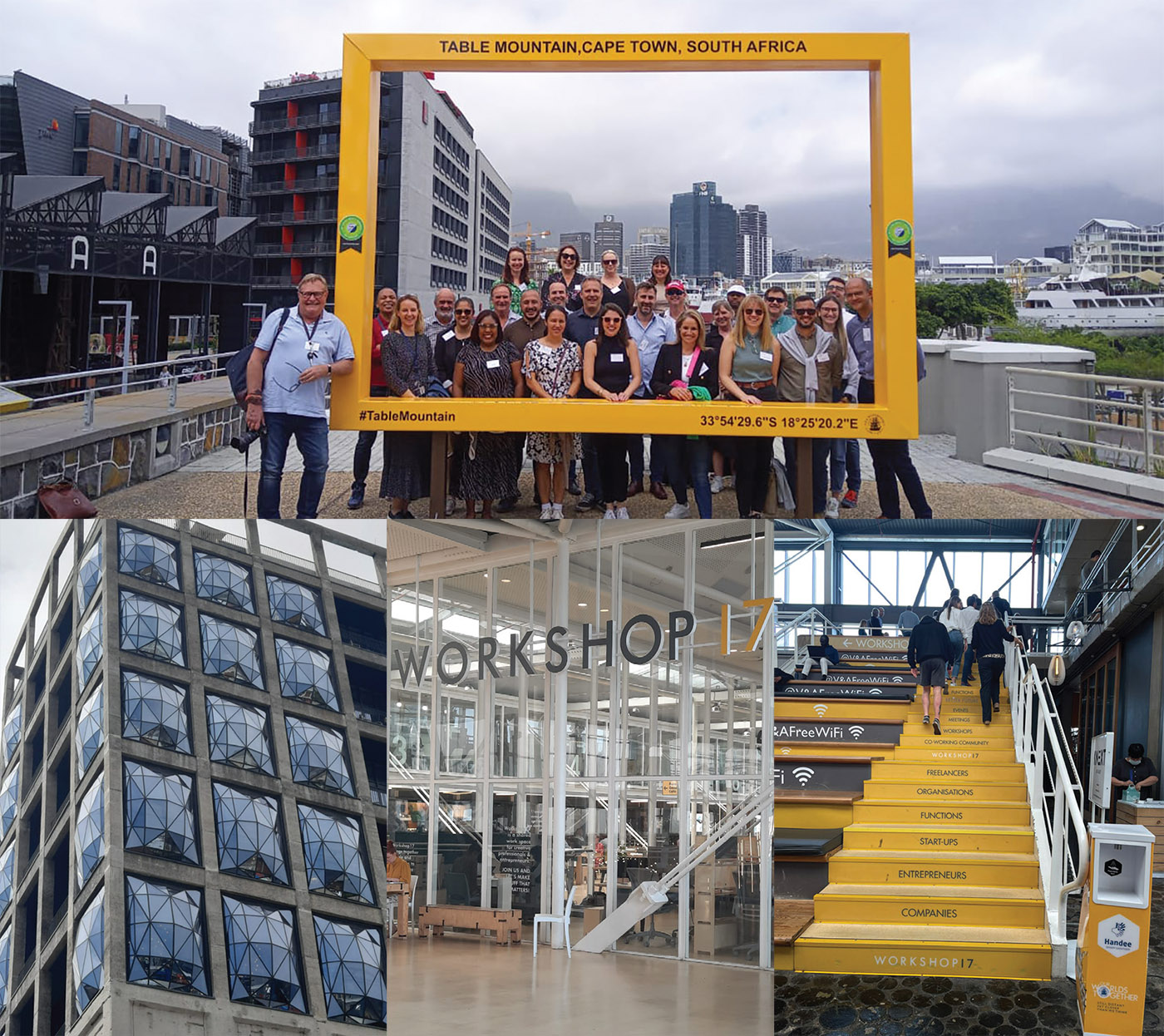 Guests were invited for a day of celebration with GBCSA CEO, Lisa Reynolds. A guided V&A Waterfront green walk was followed by lunch at the Radisson RED Hotel.

In 2007, when green building was the exception rather than the rule, Bruce Kerswill, managing director of Spire Property Group, saw the need for an industry body to facilitate the growth and adoption of green principles in the property sector in South Africa. He says: “We received much valuable support from the Australian Green Building Council and assistance with the development of South Africa’s own Green Star tool. Neil Gopal from South African Property Owners Association (SAPOA) was instrumental in our initial efforts, and Nicola Douglas as our CEO was a driving force in getting the organisation off the ground.”

This is market transformation.

“Being at the helm of the GBCSA from 2017 to 2020 and prior to that as a non-executive director since 2009, meant that I was able to observe and be in the middle of its fast-paced growth. The level of ambition in transforming the built environment has always meant we were punching above our own weight – at times in the scariest possible ways, but the movement always emerged victorious,” says where the uptake in formal certifications increased exponentially,” says Dorah Modise, former GBCSA CEO. She says that GBCSA is a movement, not an organisation.”

The GBCSA rating system was launched in 2008 and the first certification of Phase Two of Nedbank’s Head Office in Sandton, Johannesburg, was awarded in 2009. In 2011, the Energy Water Performance tool (EWP) was introduced for existing buildings, starting with office buildings. In 2015, GBCSA announced its partnership with the International Finance Corporation, a member of the World Bank Group, to launch the EDGE rating system, a green building certification programme for the residential property market in South Africa. The EDGE Local Licencing Agreement was signed in August 2015.

Manfred Braune, director of environmental sustainability at the University of Cape Town, says that to have established a national standard for green buildings that is aligned with international best practice for green buildings, through which almost a thousand buildings have been certified, is incredible, and a fantastic achievement for the first 15 years. “GBCSA has also trained hundreds of people on green buildings, transforming people and equipping them to design, construct and operate green buildings.”

“GBCSA has been the green property industry’s most significant trailblazer and advocate – indeed, without GBCSA holding and consistently driving the narrative in South Africa and on the continent, we would not be where we are now, where green buildings are not only commonplace but are becoming standard practice,” says Jutta Berns, founder and director at Ecocentric.
“We now have a shared vision and a shared language that straddles the interests of the investor, developer, designer, operator and construction community, which is essential in harnessing the opportunities that the green property sector offers in reversing climate change. Another key achievement is that we as green building professionals have managed to create an entirely new industry and are able to bring along others on the path to ensuring that all jobs are climate jobs. This is market transformation.”

Brian Wilkinson, GBCSA CEO from 2011 to 2017, says: “I was incredibly fortunate to see a huge uptake of green building principles and practices by not only the commercial property industry and professionals in the built environment, but also by corporate South Africa and even ordinary homeowners. The built environment offers an almost unique ability to really do something about climate change in a meaningful way, both in terms of mitigation impact as well as making commercial sense.”

Reynolds says that the work of GBCSA has been driven by many partnerships in the public and private sectors and collaboration is crucial to its continued success, “Support from government bodies, the private sector role-players and institutions driving sustainability efforts remains one of the cornerstones of our programmes and we look forward to growing these important relationships in order to extend the green building economy.”

Kerswill reflects on the GBCSA legacy: “For me, the Convention is one of the most important and most enjoyable of GBCSA’s activities. It inspires the industry, promotes networking with local and global leaders and shares technical knowledge. The training courses are also inspiring, running through the different categories and the multitude of interventions that can be made to achieve a significant environmental impact. I am extremely proud of GBCSA and what it has achieved – and the fact that it has reached 15 years and is still going stronger than ever. I believe there are few other organisations that have such a direct, practical and extensive impact on climate change and so many aspects of sustainability.”