We have all heard a statement something like: “Another document developed to sit on the shelf.”

Change is the only certainty

Change means that a system is alive. When there is equilibrium a quick end follows. For organisations to be effective, especially those organisations upon which our daily lives are based, beneficial change needs to be embraced, at all levels. Change, however, needs to be carefully ‘co-ordinated’. The reason that we say ‘co-ordinated’ and not ‘managed’, is that in a complex system managing a massive, constantly changing system is impossible from a central point.

The best we can plan for is to get most stakeholders to engage in a dynamic dance. There are many theories that relate to change, but there is a certain level of elegance that is normally missed when dealing with complexity. The reality of life is that our contexts are never static (not even down to the minute). When there is already an established way/existing regulations and we seek to change behaviour/standards to become more ambitious, how do we transition? The tried and tested methodologies have developed marvellous colourful documents but fail dismally
on implementation.

In this ever increasing connected and complex world, partnerships are vital for successfully addressing existential threats, in this case climate change. C40 Cities Climate Leadership Group (C40) is a global network of mega-cities that endeavour to support cities in their journey towards resilience and net-zero carbon futures. C40 has played an instrumental role in assisting eThekwini Municipality, in recent years, with multiple aspects of the municipality’s climate-change-related work. In 2018, C40 launched the South African New Buildings Programme. The core objective of the programme is that by 2030 all new buildings should be net-zero carbon, from an operational perspective, by utilisation of relevant regulatory mechanisms. Embodied carbon and existing buildings will be addressed, but only in future initiatives. Four municipalities are active in the programme: Cape Town, Johannesburg, Tshwane, and eThekwini. C40’s local implementing partner is Sustainable Energy Africa. 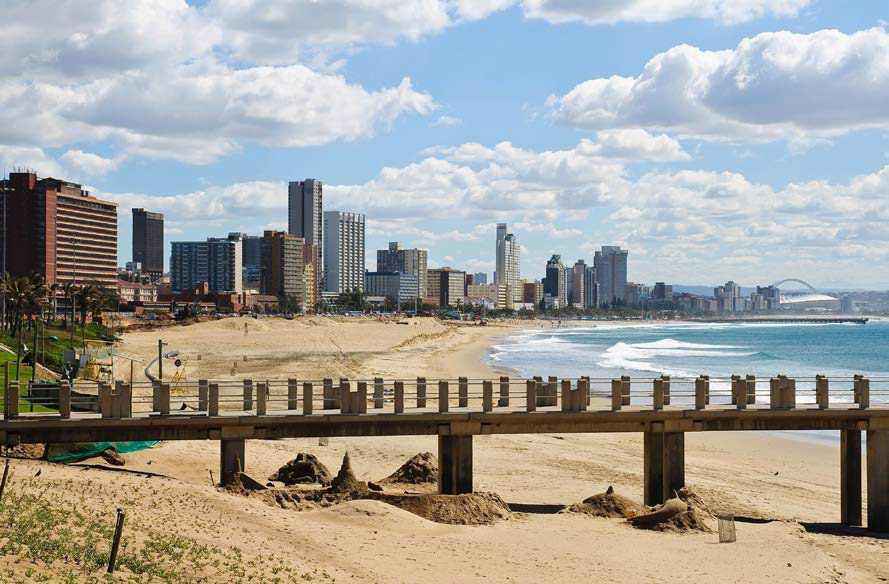 eThekwini Municipality, Cape Town, Johannesburg, and Tshwane have also formed part of a pioneering group of cities committed to C40’s net-zero carbon buildings declaration by 2030. Alongside the cities globally, many private sector organisations across the globe – from property developers and construction firms to engineers and architects – have committed to net-zero carbon by 2030 through the World GBC’s net-zero carbon commitment, forming a movement to act now to protect against future climate impacts.

This led to the creation of a New Buildings: Green Policy by eThekwini Municipality. The technical energy principles are simple: gradually decrease energy intensity (kWh/m2/year) from 2021 to 2030, in a phased approach, with mandatory compliance from 2025. In addition, renewable energy supply would be gradually increased, this figure primarily relates to ‘own supply’ (either on or off site) but also takes the ‘greening of the grid’ into account. eThekwini Municipality took this a step further by including guidance on adaption/resilience considerations – which are not mandatory at this point. The final policy was adopted on the 29th of April 2021 by the eThekwini Council. This results in eThekwini Municipality being the first city in Africa to have such a policy.

The Municipality has also developed learning notes from the experience gained through the programme. These learnings will be shared with other African and global cities so that they can be better informed on the journey towards net-zero carbon.

In this ever increasing connected and complex world, partnerships are vital for successfully addressing existential threats, in this case climate change.

A living entity requires a suitable ecosystem to thrive. This is the approach that was adopted to develop the eThekwini New Buildings: Green Policy. The policy was conceptualised as one element consisting of the New Buildings Programme (in eThekwini). The rationale of taking this approach – ecosystem conceptualisation – is simple. There are numerous ‘components’ to consider in the building sector, such as regulations, officials, developers and processes, to name a few. Other elements include bylaws, financial incentives, building guidelines, and training. Each element has its own unique and specific function, ambitions and objectives. Traditional logic dictates that we should try to reach consensus among stakeholders, but think about it – how difficult and practical is it for vastly different components to agree on specifics? Perhaps there are elements that can be agreed upon – such as the principle or need to transition to net-zero carbon buildings. However, there are elements that are simply contentious, such as the assumed additional cost to developers. In such a situation, compromise is required by all stakeholders. To illustrate this point, we unpacked some experiences from the development of the New Buildings: Green Policy. 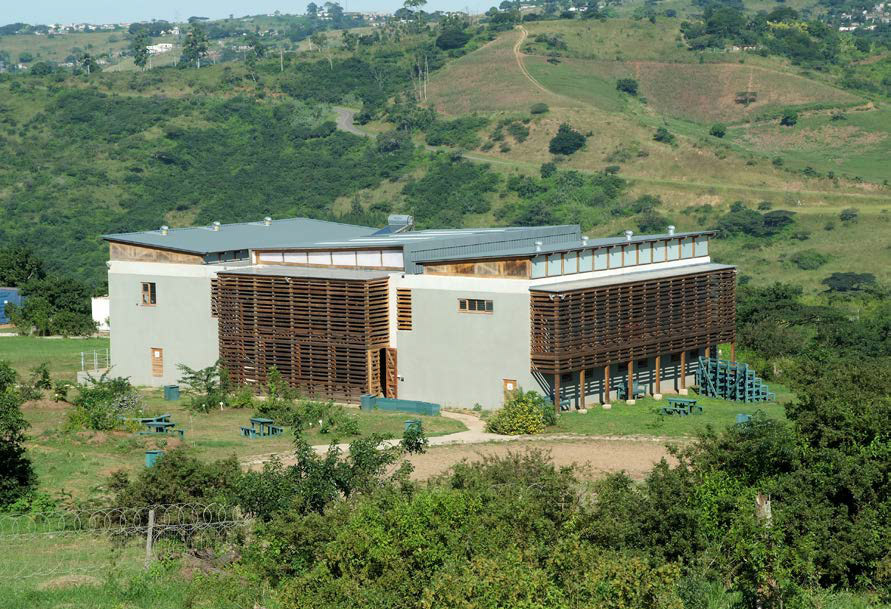 Buffelsdraai Reforestation Centre of Excellence was restored from the ruin of an old farm house.

Assessment of plans
At this point in time, current national building regulations are not as ambitious as ‘net-zero carbon’. As a result, additional officials, who have the relevant expertise and capacity, are needed to interpret developers’ plans, that include the enhanced city requirements. Those officials currently do not exist, but a plan is in motion to operationalise the assessment function of the policy. This is required as our plans approval branch is legislated and mandated by very specific law, and we do not want to compromise our colleagues’ position.

There are many theories that relate to change, but there is a certain level of elegance that is normally missed when dealing with complexity.

Additional cost of the building
It is inevitable that net-zero carbon buildings will be more expensive, at current rates. This has a direct impact on developers and property owners. However, in the public participation process, eThekwini stakeholders were much more supportive of the transition to net-zero carbon buildings than opposed to it. This could be attributed to a few aspects: civic duty and the need to address climate risks, and the upfront capital cost is higher when building a green or net-zero building, but the life-cycle cost is lower.

Financial incentives
In order to off-set the additional cost to developers and property owners, the eThekwini Municipality has proposed a Green Building Incentive Policy (forthcoming). This would essentially offer the opportunity for developers to apply for a financial incentive for all newly built green rated buildings (as built). This incentive is still being maintained during the tough financial circumstance that most of the country finds itself in, due to Covid-19.

National regulations
South African building regulations are seated at a
national level. The energy standard, SANS 10400 XA, dictates the minimum requirement – this is then enforced at a local level. However, we are now developing the enhanced requirement, as well, at a local level. The Department of Trade, Industry and Competition, as custodian and regulator of the National Building Regulations (NBR), have been supportive of the policy goal. Naturally, the enhanced requirements cities are developing should not conflict with the NBR. There has been great dialogue with the national building regulator, and in principle the objective has not been opposed but requires legal alignment.

Developers guideline
There are some altruistic individuals in the buildings sector. We were introduced to the South African chapter of the American Society of Heating, Refrigeration and Air Conditioning Engineers (ASHRAE) and started a general discussion on the programme and policy. This engagement gave rise to the voluntary development of the Net Zero Guide that essentially provides technical guidance for developers on net-zero carbon buildings. While members of ASHRAE developed this guidebook, they are also professionals and gave hundreds of hours to help the sector, pro bono.

The above provides a little bit of insight into the various ways in which stakeholders to the process have adapted their stance, and in some cases, processes, to ensure that the policy is implementable or that a conducive ecosystem is developed.