JSE-listed Balwin Properties continues to distinguish itself in the green housing market by stepping up to ambitious carbon reduction targets validated by the Science Based Targets initiative, a global body of1 255 forward-thinking companies committed to halve emissions before 2030 and achieve net-zero emissions before 2050. The group has had its greenhouse gas (GHG) emissions reduction targets approved by the Science Based Targets initiative as consistent with reductions required to keep global warming to 1.5°C, the most ambitious goal of the Paris Agreement. 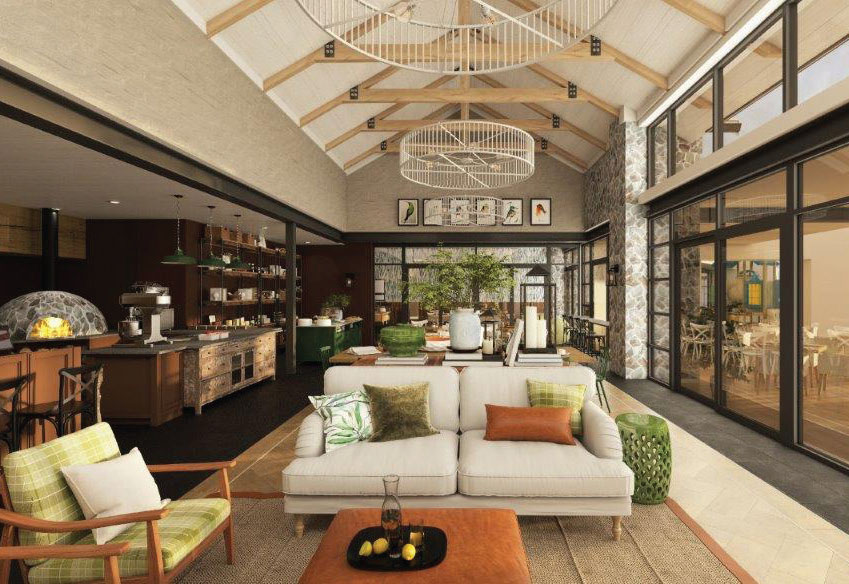 After a year as president elect for South African Property Owners Association (SAPOA), Malose Kekana, the GCEO of Pareto Limited was officially announced as president of SAPOA at its 2022 annual convention. Being the industry representative for an estimated 90% of the country’s commercial and industrial real estate companies, SAPOA’s mandate is to continuously endeavour to represent, protect and advance its members’ interests.

+Impact magazine and website won the runners-up in the categories of “Property Publication of the Year” and “Property News Website of the Year” at the annual SAPOA Journalism Awards for Excellence. The Awards are designed to applaud local media who use their words boldly to tell the truth and challenge the status quo.

GBCSA has implemented a system where Accredited Professionals are arranged in three distinct tiers dependent on qualification, experience and level of activity and engagement in the industry. The tiering system works as follows:
Accredited Professional Candidate (APc). Upon graduating and gaining six months of industry experience, an APc can go on to become an AP.

As the built environment is continuously evolving, it gets ever more important to emphasise the value of continuing professional development (CPD). CPD enables professionals to enhance their current skills and sets individuals apart in the job market.

According to the latest figures released by StatsSA, women make up more than 50% of the South African population; and only 13% of registered persons within the built sector in 2021.

“Like any other professions in the country, the built environment sector is facing serious challenges: Slow pace of transformation, ageing personnel, shortage of critical skills and high unemployment rates, especially amongst our youth. It is important for the sector to take strides and develop strategies on how best to address crucial issues identified in the skills pipeline strategy for the built environment, especially gender representation, participation and retention”, says Msizi Myeza, CEO at the Council for the Built Environment (CBE).

The CBE believes achieving gender equality in the built environment requires a multi-pronged approach, combining hard and soft laws, strategies, including setting targets that are enforced and monitored. Therefore, the alignment between South Africa’s economic, gender and procurement policies becomes instrumental for the attainment of transformation in the built environment. This this can be achieved through the formulation of gender sensitive policy frameworks.

Post-pandemic, the industrial property market is recovering well, seeing annual growth thanks largely to increased demand for logistics and warehousing driven by the growth in online shopping. New industrial development rentals are higher than ever before.

In sharp contrast, the office market continues to struggle with an oversupply of space, especially in premium nodes like Sandton. “Office development is still at a standstill, resulting in developers diversifying into the residential market with large-scale office conversions,” says Roxanne Fordyce, Cushman & Wakefield | BROLL. Poor office demand was exacerbated by the repeated lockdowns as companies started downsizing their office space, with some giving it up altogether. However, several corporates are now moving towards a hybrid model while some are even reverting to office attendance five days a week.

Michelle Jackson from WSP says: “In 2022, loadshedding is still here and will be for some time. Commercial and industrial property developments must continue to incorporate alternate or back-up power contingencies.”
“There are several options open to businesses,” Jackson says. “They can supplement traditional generator back-up power with renewable energy. Solar is the preferred solution because it is readily commercially available, cost-effective and seems simple enough to retrofit compared with other renewable solutions. However, it requires large amounts of space and the lighter steel frames of existing industrial buildings do not always allow for roof-top solar. As such, a hybrid system of solar with battery backups for continual operations is more likely to gain traction. The ability to wheel ‘green power’ through the grid allows businesses to buy clean energy and pay wheeling costs to Eskom.”

Businesses have the option to generate up to 100MW of renewable power without a licencing agreement. To reduce reliance on generator power, companies are prioritising their energy loads. For example, industrial businesses are reviewing their processes to take advantage of off-peak power and are upgrading older equipment. Eliminating non-essential power loads makes a significant difference.

Jackson says, “Ultimately, the private sector must work with government and power supply authorities to find solutions to resolve the power issues.”

Fordyce agrees: “Globally, industrial tenants are looking for smart solutions found in new developments to meet demand for a reduced carbon footprint. New industrial developments present an opportunity for structural and technological advances in facilities with an emphasis on decreasing energy and water consumption and efficiencies in building design. Locally, GBCSA changes to the Existing Building Performance rating tool to allow for the inclusion of industrial facilities is indicative of the increased demand for greener factories and warehouses.”

“The increased cost of fuel is creating a tipping point that is pushing the industry to implement greater resilience but at lower operating costs. In turn, this allows net zero to gain momentum from an energy reduction perspective. It has become a global trend gaining local traction as developers and tenants look for greater resilience and less reliance on Eskom,” Jackson concludes.