Rudolph embodied the belief that by freely sharing information on a global scale about the successes and failures in green building, we can have more positive and meaningful impacts on our cities, environment and societies. He lived this ethos by generously sharing his passion and knowledge for sustainable development, becoming a pioneer of the green building movement in South Africa and driving it forward with greater pace and results.

Rudolph’s career in the commercial property industry spanned 35 years, of which 20 were with the Growthpoint Properties portfolio. He formally joined Growthpoint in 2003 when it merged with Primegro. At Growthpoint, he served in a succession of senior and executive roles and was Chief Development and Investment officer at the time of his passing. Over his esteemed career, Rudolf held directorship positions at Barprop, Primegro, Acucap Properties, Sycom Property Fund Managers and Growthpoint. He served on both Growthpoint’s Group Committee and South African Executive Committee, the Property Committee of the Victoria & Alfred Waterfront, and the Advisory Board of the Department of Construction Economics at the University of Pretoria.

Right from the start, Rudolph championed many of Growthpoint’s green building achievements and was a driving force behind its energy-efficient and environmentally innovative ethos. 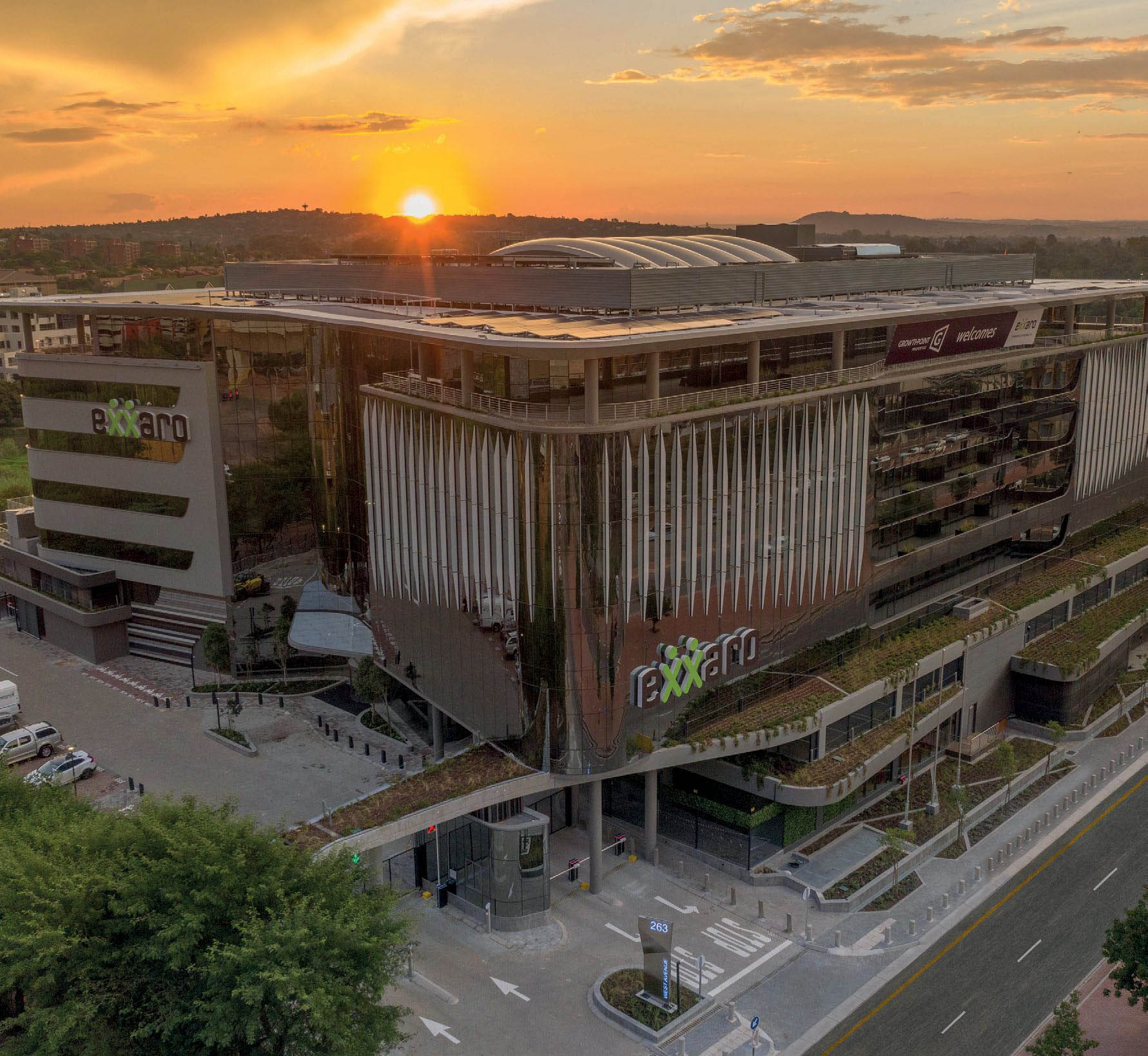 When reflecting on his career, the two aspects that Rudolph was most thankful for were the mentors that shaped his thinking and the phenomenal teams that he had the privilege of working with. “I regard myself as one of the most fortunate people – I live my passion every day,” he said.

Rudolph married accomplished economist Elsabe Pienaar with whom he has two children, Jean and Mareli. He loved spending time with family and friends, travelling, being in nature, or having a braai at home. Rudolph believed “everyone who lives dies, but not everybody who dies has lived”. He would remind those around him that every person has 24 hours a day – which is a great equaliser – and that it is imperative to make the most of each hour of every day. He applied this philosophy when encouraging greener property development, management and investment.

He joined South Africa’s emerging movement for a sustainable built environment in 2008 and served as a member of the GBCSA board from 2010. He became a powerful advocate for the green building agenda within his immediate sphere of influence at Growthpoint, in the broader South African property industry as director and chair of the GBCSA, and on a global level as deputy chair and director of the World Green Building Council.

Right from the start, Rudolph championed many of Growthpoint’s green building achievements and was a driving force behind its energy-efficient and environmentally innovative ethos. Growthpoint is a platinum founding member of GBCSA, having assisted funding the council from its initiation until it became self-sufficient. Today, Growthpoint is a platinum sponsor of GBCSA. It has built Africa’s largest portfolio of certified green buildings and became the first company to issue a green bond on the JSE.

Rudolph was always quick to point out that Growthpoint’s green vision was made a reality with the backing of brilliant partners, highlighting the crucial role of collaboration for development and green building excellence. Rudolf played a pivotal role in cementing ongoing co-operation between Growthpoint and the GBCSA. Growthpoint co-sponsored the GBCSA’s Energy and Water Performance (EWP) Tool and has taken part in pilot programmes for several tools and initiatives over the years. It also partners with GBCSA for the Greenovate Property and Engineering Awards, which encourages students of the built environment to find ways to live more sustainably and helps link environmental challenges to innovative thinking.

The projects and properties in which Rudolf was involved are too many to list. Among them are countless highlights involving some of the largest and most important property developments across multiple sectors of the country’s major metros. Growthpoint received numerous awards and honours for achievements under Rudolf’s leadership, including for development excellence, green building innovation, and the outstanding financial performance of its assets.

Rudolf was a strong proponent of setting clear, measurable environmental sustainability commitments. In 2015, Growthpoint made an ambitious commitment to sustainability, energy efficiency and green building, which coincided with Buildings Day at COP21 in Paris. In the same year, GBCSA’s 100th Green Star certification was awarded to Growthpoint’s Kirstenhof Office Park in Johannesburg.

In 2017, Sandton and Cape Town’s iconic skylines were forever altered with two of the most anticipated and ambitious property developments the country has ever seen – Discovery’s global headquarters in Sandton Central and the Zeitz Museum of Contemporary Art Africa (MOCAA) at the V&A Waterfront in Cape Town. The two developments are as different from each other as they are spectacular, but both have stellar green credentials and Rudolf was incredibly proud to be associated with both projects.

I regard myself as one of the most fortunate people – I live my passion every day.
Rudolph Pienaar

2020 was a seminal year for Rudolf and Growthpoint’s development team, notwithstanding the global pandemic. One of their proudest milestones was receiving Africa’s first WELL certification for advancing health and well-being in buildings, awarded by the US-based International WELL Building Institute (IWBI), for Growthpoint’s development of Exxaro’s new headquarters in Pretoria. This building also received a 6-Star Green Star As-Built rating, becoming the second development in Growthpoint’s portfolio to achieve the world-leading rating in 2020. One Discovery Place in Sandton Central, co-developed and co-owned with Zenprop, earned the same certification.

Another 2020 highlight saw the specialised surgical hospital development, by Growthpoint and Cintocare in Pretoria, become the first healthcare property on the African continent to be certified green with its 5-Star Green Star Custom Healthcare Design certification. This project also resulted in a new green building certification tool for South Africa. And, Growthpoint’s development of the new Bakers Transport warehousing, distribution and office facility in Cato Ridge, KwaZulu-Natal, scooped two category awards and a commendation at the Unica Steel Awards 2020 shortly before Rudolf’s passing.

As a man who was acutely cognizant of the impact that buildings have on others’ lives, and who encouraged the creation of places where businesses, people, and communities can thrive, he also touched the lives of many in the industry. Tributes flooded in at the news of his passing, including from Growthpoint’s executive team.

“Growthpoint is indebted to Rudolf for his passion, drive, dedication, and leadership, especially in the field of green building and environmental sustainability. His passing will certainly leave a void within the larger South African property community – in which he played a significant role,” said Norbert Sasse, Group CEO of Growthpoint.

“Rudolf approached everything with energy and was known for his humour, warmth, generosity and fierce loyalty to his team. With his immense contribution to Growthpoint and green building in South Africa and globally, it can be truly said that Rudolf made our world a better place,” said Estienne de Klerk, SA CEO of Growthpoint.